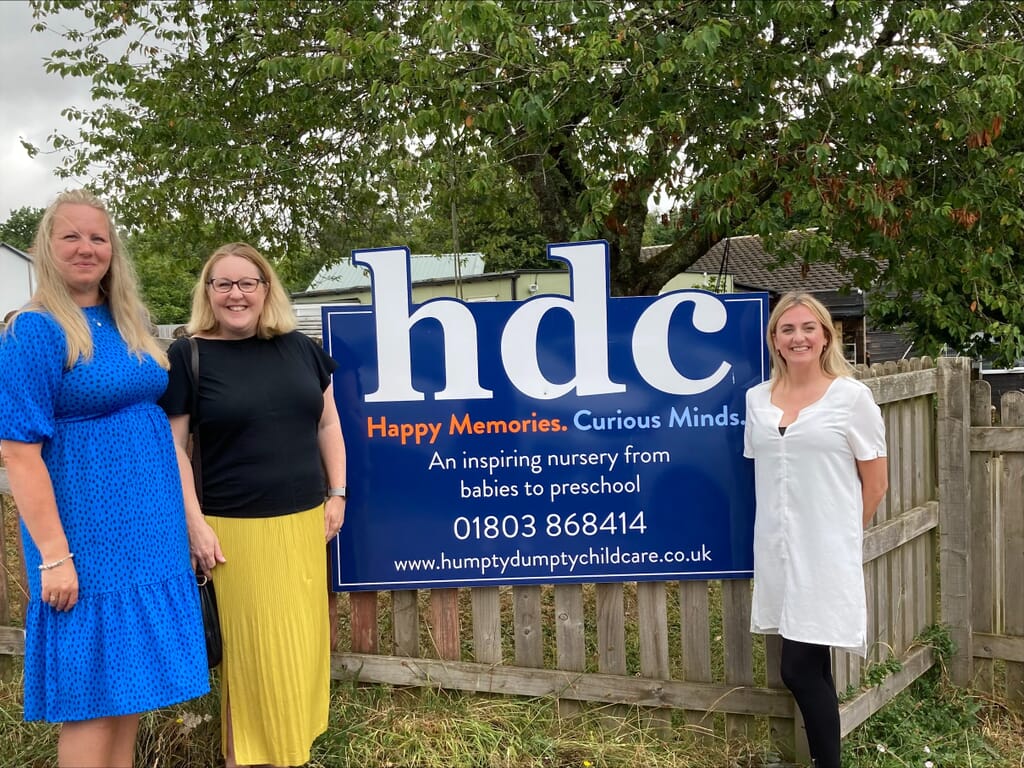 The Old Station Nursery is delighted to welcome hdc to the group. hdc are a group of 4 nurseries based in South Devon, owned by Connie Willcocks.

hdc has been established for over 30 years, opening its first nursery in Dartington in 1991. Since then, they have established 3 further nurseries in Dartmouth, Newton Abbot and the most recent opening in Kingsteignton in 2019. All the nurseries are known for providing exceptional childcare in the area and supporting local families within the community.

As hdc joins the group, The Old Station Nursery Group will care for up to 4475 children in 67 nurseries across the UK; with ambitions to expand and further support more families.

The Old Station Nursery Group has grown considerably in the past 3 years and was named the 12th largest nursery group in the UK (Nursery Chains league) in March 2022.

“I am thrilled to welcome all the children, families and staff members at hdc to The Old Station Nursery Group. As a group, we work together to form an extra special community of nurseries; ensuring we continuously developing to provide the highest standard of care to all children. We are thrilled to welcome hdc to our close-knit community and to get to know everyone over the upcoming weeks.”

She continued, “We are looking forward to working with all of the teams at hdc, to learn new ideas from each other, review best practices and share our group ethos in order to create brighter futures together.”