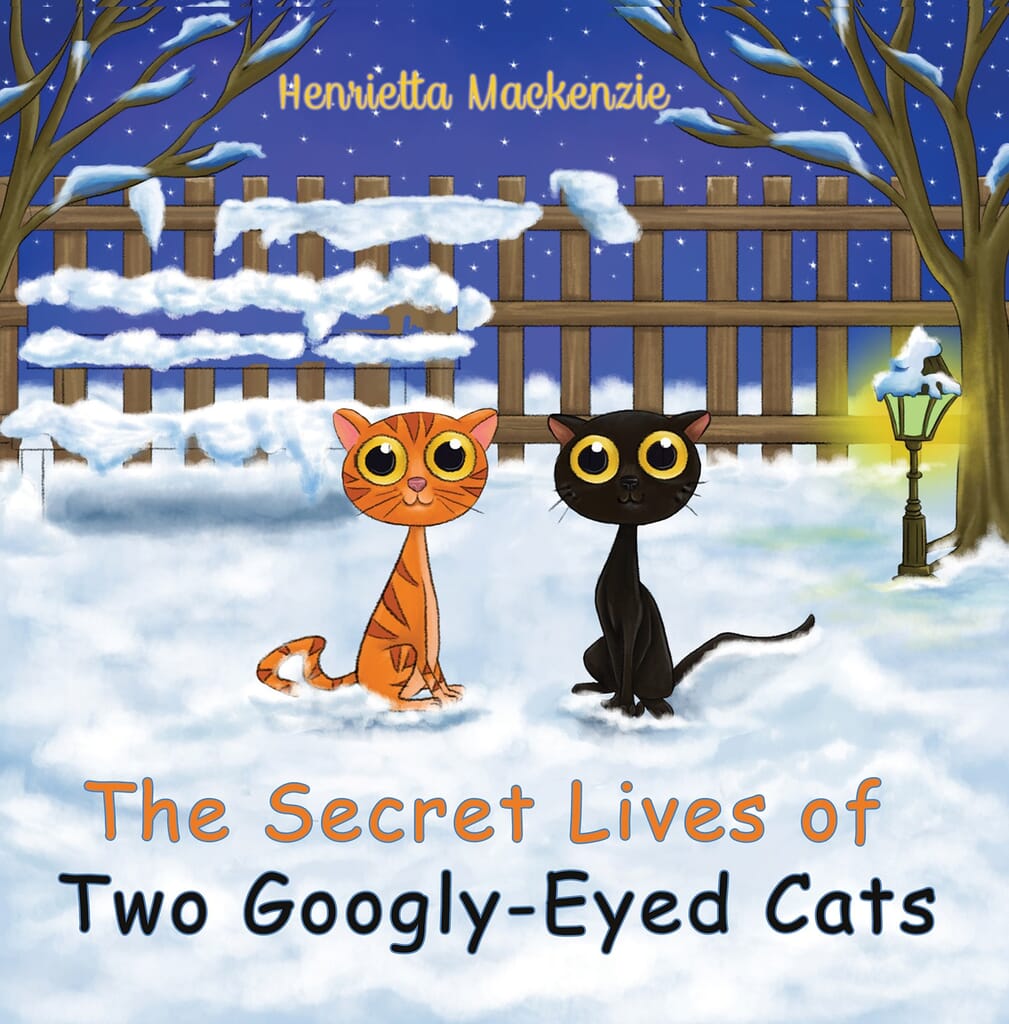 Henrietta Mackenzie, whose daughter Penny attends The Old Station Nursery in Henley, has published her first children’s picture book in support of Great Ormond Street Hospital (GOSH), in gratitude for Penny’s diagnosis and treatment for a condition called ‘Segmental Haemangioma’.

Published by Austin Macauley Publishers, Henrietta’s book ‘The Secret Lives of Two Googly-Eyed Cats’ is about Penny and her two toy cats who creep out at night in search of fun and adventure, ransacking bins, scrapping with other cats and generally causing mischief.

The book is targeted at 3 – 5 year olds and aims to empower children to be more courageous and creative. It also helps teach them kindness.

Henrietta’s daughter Penny is an outpatient at GOSH. She suffers from having ‘Segmental Haemangioma,’ a potentially dangerous red swelling condition caused by an overgrowth of blood vessels on her face and around her airways. She was first diagnosed with the condition aged six weeks after an MRI scan and endoscopy, then medicated until aged two to reduce the swelling.

Henrietta comments about her book: “Inspired by reading to my daughter, Penny, and creating stories about her two googly-eyed toy cats, I wrote this picture book to bring my stories to life. Also, due to Penny being medicated for the first two years of her life, she had a severely disrupted sleep routine. I spent many a sleepless night up with her telling stories about her googly-eyed cats.”

“GOSH provided my daughter with outstanding treatment and care for her condition. They are a phenomenal hospital who go above and beyond for babies and children. I wrote this book in support of them, to show my gratitude.”

We are incredibly proud of Henrietta for this fantastic book and we cannot wait to share it with the children in nursery.

‘The Secret Lives of Two Googly-Eyed Cats’ is available for pre-order from Amazon and AustinMacauley.com The book launches on 29 January.