Will ratios be watered down by DfE? 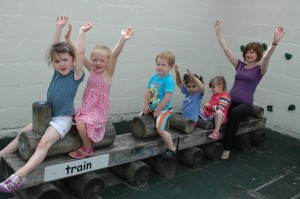 We have now been waiting for the outcome of the Government’s    Childcare Commission for longer than expected, as it has been due to be published in December, but keeps being delayed. The Commission is supposed to be looking at how the cost of childcare to parents can be reduced, which I am sure we all support. However, there have been some worrying rumblings coming out in the media in advance of the formal report, with a blog post last week from Elizabeth Truss, the MP responsible for Early Years in DfE, who was singing the praises of the French system of childcare (I’m sure Denmark was fashionable before Christmas….obviously so last year).  She appears to be suggesting that the best way to reduce the cost of childcare is to reduce the ratio of staff to children required by regulation.  In one breath she explains that French nursery staff care for more children, but that they are able to do so because they are better qualified and better paid. For anyone who has dealt with a particularly toxic nappy, requiring a top to toe change of clothes, you will know that it really doesn’t matter how well qualified you are, or how well you are paid, it is difficult to do anything else at the same time.

There is also the detail that if staff are paid more, then surely any saving in costs from having lower ratios will be absorbed by training and rewarding staff better. I’m not sure how this will promote lower costs to parents? My real concern is that none of this appears to be based on evidence. No study has been commissioned to look at where the ratios we currently operate from actually came from, or any university research into option staff ratios, instead the cart is being put before the horse and ratio changes are being proposed for purely financial reasons.

The last Government had a 10 year childcare plan which changed the face of Early Years. They did not get everything right – hence the current debacle over under funding for 3 and 4 year old places – but at least they had quality at the heart of policy. This latest drip feed of stories suggests that the current Government are more concerned about sound bites and voter support than the quality of Early Years provision for our children. I hope a lot more thought will go into any changes before they are finally announced.