Some research in to ratios in the UK - is this a bad thing? 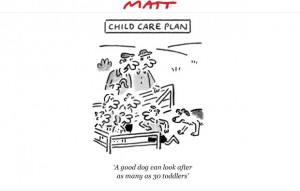 I was a bit surprised at the flurry of comments on Twitter this morning, following an article in C&YPN magazine http://www.cypnow.co.uk/cyp/news/1077277/ndna-dfe-set-trial-ratios?WT.rss_f=News&WT.rss_a=NDNA+and+DfE+to+trial+early+years+ratios&utm_source=twitterfeed&utm_medium=twitter

which stated that the National Day Nurseries Association would be trialling maximum current ratios allowed under the EYFS. Many people interpreted this as a project to trial the lower ratios proposed in Liz Truss’s ‘More Great Childcare’ report from earlier this year, which has met with near universal condemnation. I have been outspoke
n about my concern around the proposals, so was relieved to read a more detailed response from Claire Schofield at NDNA, which explained that a small part of the funding which has just been announced was going to be used on a trial of maximum current ratios. At present in the EYFS there is allowance for ‘rising 3s’ to be included in a lower ratio group if the children’s needs are being met. There is also the allowance for 1 member of staff to 13 pre-schoolers, if that person has EYP status. We have not used this allowance in any of our settings to date, but I do know some nurseries use the higher allowance with an EYP. Whatever the rights and wrongs of the debate, there is no harm in carrying out a properly structured research project, which may highlight problems or potential benefits, but at least it will have been studied carefully.

Whilst many folk are off to check out the latest fashionable childcare model in Europe, we keep telling ministers and officials that they aren’t comparing apples with apples. At least a project in the UK, looking at UK nurseries, might provide some evidence which we know will be truly relevant to our settings. Surely this must be a good thing?

Welcome to the Sandhills Group of nurseries!

We celebrate Millie's Mark at our Faringdon nursery

Have you bought an Easter egg (or 3) for your…