No change to childcare ratios 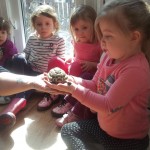 I was driving back from Lincolnshire at midnight last night after a networking event and did a double take (if that’s possible, in an auditory sense) when I heard the news headlines. The Government have scrapped plans to lower staff to children ratios in childcare settings, as announced early this year. When the plans emerged in the report ‘More Great Childcare’, there was almost universal dismay from the sector, who could see that first and foremost, less staff with more children would equal lower quality.

On top of that, many of us had problems with the claims that this reduction in ratio would actually somehow improve quality, lower fees and increase staff wages. I have provided figures only this week to Children and Young People Now magazine, to explain how the Government’s economic modelling on this was flawed and to show a more realistic version of life in a day nursery. It is a tough sector to be in; we are caring for the very most important people, we can not keep increasing fees as parents can barely afford costs already, and our staff all deserve higher wages.

There are many measures which would help; the playing field needs levelling between schools and early years, including the issue of VAT on capital work (private nurseries must pay this, school nurseries do not). Business rates are a major issue; I have just had a building re-valued by the Ratings Agency. It was previously a bar, serving alcohol and the rateable value was £5k. For us to run it as a nursery, it will be £20k. If we are such an essential part of getting parents to work, as well as providing care and education which will close the gap and aid social mobility, why can this not be recognised in business rates. I think perhaps we offer a more valuable service to society than a bar?

I am pleased that the Government have listened, and I am even more pleased that as a sector we have campaigned consistently and vocally, pointing out the clear lack of logic in the plans. As a sector we can be divided, but this issue has really brought together nurseries, childminders, pre-schools, whether not for profit or for profit. I hope that we can continue to lobby DfE clearly and calmly, working with them to reduce childcare costs, rather than being put in a position where we are at loggerheads.

The whole issue of ‘free’ funding for 2, 3 and 4 year olds is one I have blogged about lots, and this needs sorting. I am pleased the Government is pushing Local Authorities to ensure that more of the funding reaches the front line and I am sure I am not alone in saying that the sector is willing to work with DfE to look for ways to make childcare more affordable. For now, a victory for children and families who care about quality, but let’s hope the future doesn’t hold any more unpleasant surprises from the Government.