A vote of no confidence in our political leaders.... 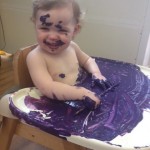 I have just returned from a few days away with my family, to a plethora of articles and comment on last week’s OFSTED report on Early Years provision. I had a taste of what was to come as I read the Sunday Times last week, which warned that parents were to hear how nurseries and childminders were failing their children. Then I caught a comment on line mid-week, with an exasperated nursery manager objecting to Sir Michael Wilshaw’s comment that nurseries were full of ‘the least able caring for the most vulnerable’.

Suffice it to say, I have been simmering gently ever since then.  My humour has hardly improved having read the report in more detail; how can OFSTED make a complete **** up of the nursery inspection regime over the last year, resulting in a significant number of inspection downgrades, most of which are currently being appealed by outraged operators? Not surprisingly, this has lead to an increase in the number of nurseries graded ‘inadequate’ – many of which have dropped from ‘outstanding’ or ‘good’ due to highly questionable judgments by ill-informed inspectors. Sir Michael Wilshaw then further compounded the inevitable statistics by deciding that ‘satisfactory’ was actually no longer satisfactory, so everyone who previous sat on the right side of the ‘quality line’ has now become not good enough, with the grading being changed to ‘requires improvement’.  Next year, will he decide that ‘good’ is no longer ‘good’, thereby moving the statistics yet again?

However, one thing has come out of this week’s report. The Government, via our esteemed minister Ms Truss, has pinned its colours firmly to the mast; the best place for 2 year olds is in school. Our smallest children, whom many would see as little more than babies, some of whom are only just walking unaided and all of whom are in nappies, should be in class rooms. The Academies agenda has just been extended yet further, to encompass all bar our under-2s. Wilshaw refers to the large and varied group of experts as ‘the chattering classes’ for daring to suggest that we already push our children in to school to early.

I feel a mixture of real sadness and utter frustration that Wilshaw and Truss between them can dismiss such a large expert body with such a lack of respect.  I for one would like to call for a vote of ‘no confidence’ in the pair of them. I am proud to be part of a dedicated and professional Early Years sector and hope that I am sufficiently open-minded to weigh up the research and experience of the real experts, who believe that pre-school children should be in specialist ‘pre-school’ environments. For our political leaders – the clue is in the name, ‘pre-school’.

Healthy Eating in an Early Years Setting: How it improves…

Learning Can Be Messy: A Parent’s Guide to Messy Play

Creating a Hygge Environment in an Early Years Setting

Self-Regulation Within the Early Years

What is the Attachment Theory and Why is it Important?