A busy day in the news for childcare....

Yesterday saw many TV and radio stations holding discussions about the cost of childcare and the plans for the Liberal Democrats to extend the number of hours of free funding available to parents.  As the election campaign moves into the final straight, we are likely to hear a lot more of this. Working parents, in particular, seem to be a key target for all the parties and offering more funded hours seems to be a guaranteed vote winner. However, whilst parents might be happy at this proposal, providers are seriously concerned, due to the chronic underfunding of the current system of ‘free entitlement; sessions. I have blogged about this many times and we are currently looking at how we can cope with the minimal increases or even freezing of funding levels on 1st April this year, whilst the national minimum wage continues to climb.

National Day Nurseries Association (NDNA) released an excellent response yesterday, which I include here, to save me repeating myself!

“NDNA is calling for Deputy Prime Minister Nick Clegg’s proposed extension to free childcare to be fairly funded so that nurseries can deliver it sustainably.

At present, parents of three and four-year-olds, and some two-year-olds, are offered 15 free hours’ childcare per week in termtime.

Nick Clegg pledged today to extend this to all children of working parents aged between nine months and two years and universally for all two year olds. He also said Liberal Democrats aimed to increase free provision to 20 hours in the longer term.

Purnima Tanuku OBE, Chief Executive of NDNA, said: “We welcome this commitment to provide more free childcare to families but there is a chronic underfunding issue with this provision so any extension must be thoroughly costed so that it can be delivered without making provision unsustainable.

“The money that childcare providers currently receive to deliver free hours falls short by an average of £800 per child per year for each funded three to four-year-old place and £700 for each two-year-old place.

“This is the biggest single reason that nursery fees are rising for some paying parents who end up subsidising the free places.”

NDNA’s recent Annual Nursery Survey called for a long-term review of the complex early education and childcare funding system. At present, funding for free places varies between local authority areas but averages at £3.80 per child per hour.
Miss Tanuku said: “Nurseries are being forced to increase their fees to parents who pay for additional hours, or for younger children not eligible for funded places, to make up the funding shortfall. 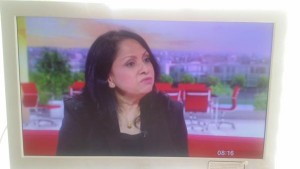 “For most nurseries, the average sum received of £3.80 per hour does not cover the cost of high-quality childcare, let alone make a surplus.”
Miss Tanuku also welcomed Mr Clegg’s commitment to increase the Early Years Pupil Premium to £1,000 per child and to work towards having a member of staff with Qualified Teacher Status in every childcare setting by 2020.
She said: “NDNA fully supports moves to increase the skills and qualifications of people who work in early years settings but for this to be achievable there needs to be more government investment into training and development for early years workforces, particularly in the nursery sector.”
NDNA is calling on the next government to raise the bar through its Childcare Challenge to address the affordability, quality and choice of childcare and really make a difference for the sector, children and families. Among the solutions that NDNA is recommending are to:

• Protect early education funding so it can only be spent on under-fives
• Work with the early years sector to ensure any commitments to expand free hours are thoroughly costed so they can be delivered without making provision unsustainable and reducing choice for parents
• Commit to a long-term review of the overly complex early education and childcare funding system.”

If you are interested in finding out more, do read NDNA’s Annual Nursery Surveys for England, Scotland and Wales here: http://www.ndna.org.uk/news/ndna-surveys/NDNA+Annual+Nursery+Survey+2015

I will be continuing to comment as the election campaign gets underway and will keep trying to ensure you are aware of the issues from all sides.